Ligaments are strong bands of tissue that connect one bone to another. We currently supply a range of frozen ligaments to a number of NHS and Private hospitals across the UK. We offer our ligaments in a range of different sizes on a same day delivery service which ensures all ligaments remain fresh for the day of surgery.

Ligaments are most commonly used in ACL reconstruction, which is a procedure to replace a torn anterior cruciate ligament (ACL). ACL injuries are most commonly caused during sports that involve sudden stops and changes in directions such as Football, Rugby, Skiing and similar “cutting” Sports, and can often cause the patient great pain and lead to joint instability. In addition, Ligaments such as these are used in shoulder ligament repair.

The procedure replaces the damaged tendon with a tendon either from the other leg, (autologous) or in the main by the use of a donor Tendon/Ligament. The replacement tissue is called a graft, and the surgeon will drill tunnels into the bone to accurately position the graft, which is then secured to the bone using a fixation device such as an Interference Screw. The surgery is on an inpatient basis and is performed through small incisions around the joint, which leaves minimal scarring for the patient.

Successful ACL reconstruction can fully restore the stability and function of the joint and within the first few weeks, patients should regain normal motion subject to strict adherence to a post operative Physiotherapy regime. Our Ligaments are supplied pre cleaned, and Super Critical CO2 STERILE – not aseptic. This method of sterilisation gives the Surgeon confidence in the graft he is using and the pre cleaning saves time effort and Theatre time during the procedure. 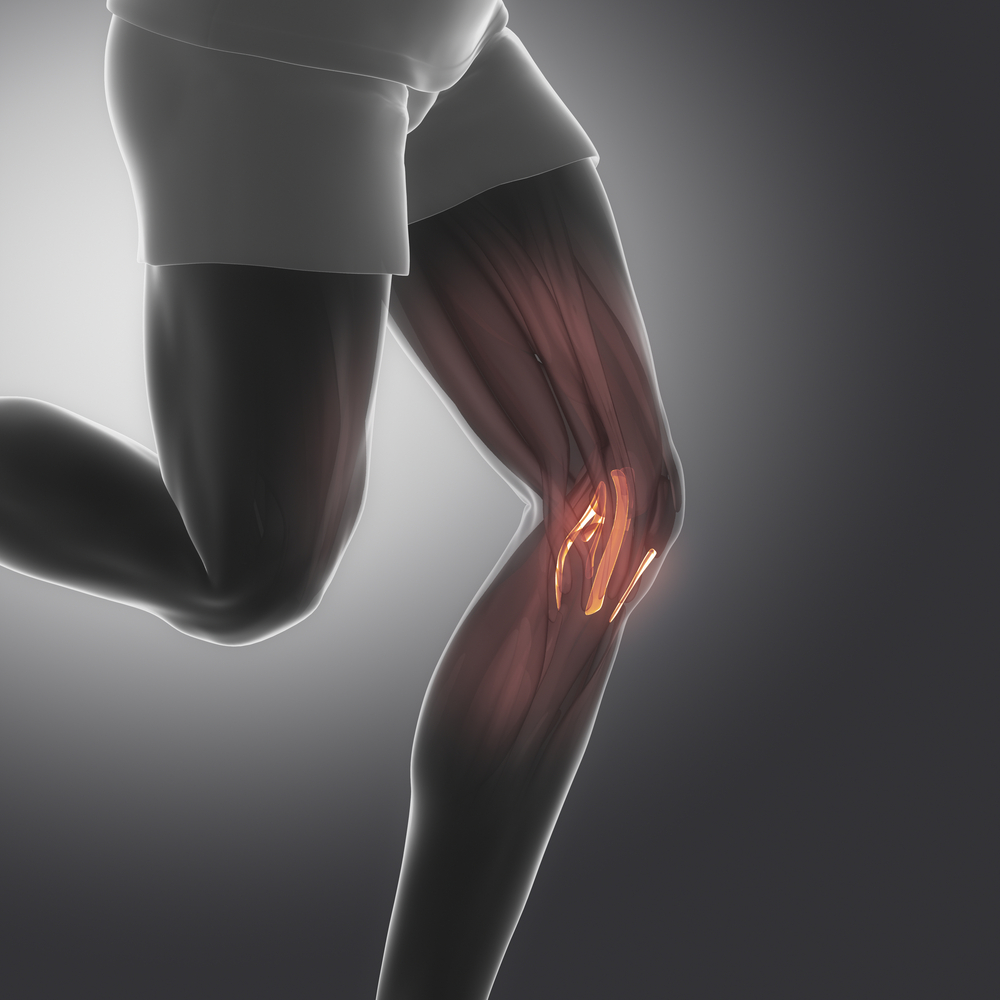 A torn ACL cannot be repaired by stitching it back together, but it can be reconstructed by grafting new tissue on to it. We supply a range of frozen ligament products which can be used to repair broken or damaged ligaments.

The most popular Tendons used in ACL reconstruction are the SemiTendinosus and Gracilis Tendons. These can be ‘bundled” to create a very strong structure giving greater support to the joint moving forward. This is an intrasurgical decision and your Surgeon will advise exactly how he will conduct the procedure. The Patella Tendon and others such as Tibialis and Peroneous Longus are also used.

Semi Tendinosus is most commonly used for Anterior Cruciate Ligament (ACL) Reconstruction and Extensor Mechanism Reconstruction, and is available to order on a next day or same day delivery service.

The picture to the left is an example of the type of implant we are capable of sourcing. This was for the reconstruction of a crushed knee and superior Tibia after a rider fell from their horse and the leg was crushed in the process. This Implant was used to rebuild the knee joint and replace the superior aspect of the Tibia.

We work with a trusted supplier to ensure we give a professional and efficient frozen ligament supply service and are proud to have over 20 years experience with both the NHS and private healthcare sector. Lindare Medical specialise in the delivery of frozen ligaments to hospitals across the UK.

We are always happy to welcome new hospitals to our supplier list so if you would like a brochure or any additional information regarding any of the frozen ligaments then please feel free to get in touch.

We proudly supply a number of both NHS and Private Hospitals across the UK with frozen ligaments.

If you would like to know anymore information about our frozen ligament products then please feel free to contact us.